We Are Not as Divided as You Think

Many issues separate. But we can forge consensus around climate.

We live in contentious times. This election highlighted how deeply divided we are, with each side clinging to strongly held and passionately argued views of what America means today and what it should look like tomorrow. There are many issues that separate us. Climate change should not be one of them.

Why? Two reasons. First, when we get past the words “climate change,” Democrats and Republicans agree on key policies that will reduce carbon emissions. Second, the old adages against climate action − it will destroy our economy, kill jobs, harm America’s primacy in the world, and diminish our quality of life − have been turned on their heads.

While the words “climate change” still garner strong and differing reactions from Democrats and Republicans, there is much greater alignment when they are asked questions about specific energy policies. According to a June 2020 Pew Research Center study, 80% of Americans favor a tax on corporate carbon emissions, 79% of Americans want our country to prioritize developing alternative energy sources, and 71% want stricter emission standards on cars. The majority of Republicans say they would favor each of these policies.

Other studies show why Republicans and Democrats strongly support a transition to renewable energy. Republicans’ top reasons for favoring the transition are to reduce energy costs, increase energy independence, reduce water and air pollution, and provide a better life for their grandkids. Democrats agree, though they also rank dealing with climate change as a primary reason to support clean energy. So, while differences may remain on why we take actions to transition to a cleaner economy, there is great and broad support for those measures that will bring us there.

Importantly, other arguments that used to divide us aren’t valid anymore. Economists, CEOs, investment leaders, and even the Federal Reserve and the US Chamber of Commerce now say it is imperative to tackle climate change to protect the economy. Why? Because our economy is based on nature acting within the norms that have existed since our civilization started. Now, through humankind’s activities, we are pushing nature beyond those boundaries, which will wreak havoc with our food and water resources and supercharge hurricanes, droughts, sea level rise, heat waves, wildfires, disease spread, and rainstorms. This disruption in turn will harm markets, financial systems, communities, and families.

As for jobs, yes, clearly some jobs will be lost − and those workers and communities will need support − but many more jobs will be created as we continue to transition to renewable energy sources. Because fossil fuel production has become so highly automated, every dollar of investment creates many more jobs in the “cleantech” arena than in fossil fuels. And cleantech jobs are not just concentrated in a few locations but are growing across the entire country.

What about the risk that if America moves towards a cleaner economy it will lose its primary position in the world economy? This notion does not seem credible when so many other major economies – including 60 countries representing 49% of the World’s GDP – have already committed to be carbon neutral in the next few decades. This list includes China, Japan, S. Korea, the United Kingdom, France, and many others that we compete with, which all recognize that the costs and pain of climate change will far outstrip the costs of pivoting to a low carbon economy.

Perhaps even more concerning, other countries, especially China, are investing in and developing new low carbon technologies at a much faster and higher rate than the United States. While the United States clings to the fuels of the past, China is positioning itself to be the energy leader of the future.

Lastly, the belief that we must endure great sacrifice or give up our way of life to address climate change has been debunked. Geothermal, wind, and solar energy can power our homes, and an electric car is faster, quieter, more responsive, and cheaper to maintain than a combustion-engine car. Importantly, costs across new technologies have come down. In many parts of the country, solar panels can save you money on electricity, and electric cars are expected to become cheaper to buy than combustion-engine cars within the next five years. Walkable cities and better public transportation will cut down on pollution and improve our health. Smarter land use and agricultural practices prevent flooding, improve water quality, and yield more nutritious food.

We now know that switching to a lower carbon economy will not endanger our way of life, but that continuing to use fossil fuels will. Once enough Americans understand this, climate change will become a topic that pulls us together.

We are not naïve. Transitions are messy, carbon intensive industries will fight to keep the status quo, and political operatives will stir up emotions. Many who understand the threat demand dramatic action, while those who question the threat oppose any action at all. This will not change in the short term.

But if we pull together, and help others understand how much we hold in common and how much we will collectively lose, we can forge the consensus we need to confront this issue. That’s why C-Change Conversations is still hard at work, fostering the understanding that climate change is a human issue, not a political one, and enabling people to come together to address it.

As always, thank you for being on this journey with us. We welcome your thoughts and questions at any time. 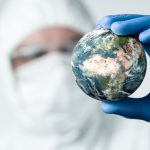