Written by a prominent academic and science policy-maker, “Unsettled: What Climate Science Tells Us, What it Doesn’t, and Why It Matters” contends that man-made climate change is indeed occurring, but points out several inconsistencies between what climate science says and what the public perceives. The author, Steve Koonin, uses these inconsistencies to downplay the risks posed by climate change. Given Koonin’s credentials and the depth of his research, the book is difficult to dismiss. This leaves the reader with two overarching questions:

I answer “Yes” to the first question, but “No” to the second.

Koonin’s focus in “Unsettled” is largely on what historical data (e.g. temperature and tide-gauge measurements) can tell us about present day climate change and human influence. He correctly observes that for many climate phenomena, especially regional climate and extreme weather, the fluctuating and uncertain observational records preclude definitive statements about human influence. Thus, although the observational record for long-term, global quantities like global average temperature and sea level rise point solidly toward human influence, the science is not yet “certain” about changes in smaller-scale phenomena such as tropical cyclones or the frequency of heat waves in the U.S., because large swings have been observed in the past that aren’t always well understood. These nuances and uncertainties often do not survive the long game of telephone from the scientific literature to the assessment reports to the associated mass media coverage, and so public perception on some of these issues can indeed stray from the science. Koonin does us a service by pointing this out and highlighting the need for integrity and accuracy in climate communication.

But our confidence in these climate changes doesn’t stem solely from the observational record. In large part, it stems from our understanding of basic physics and climate model projections, which show that increased CO2 leads inexorably to a warmer planet, and a warmer planet leads inexorably to melting ice, higher seas, and more extreme weather. “Unsettled” ignores such projections entirely, arguing that because climate models require empirical adjustments known as “tuning,” and because their quantitative predictions often span a wide range, they cannot be trusted to tell us anything at all. But these models, despite their shortcomings, are skillful in many respects; indeed they have long predicted many aspects of today’s warmer climate, including enhanced warming over land and the arctic. So when these models tell us, unanimously, that heat waves will increase, sea level rise will accelerate, and hurricanes will intensify, we tend to believe them, even if we can’t prove (yet) that the changes we’re currently seeing are definitively due to climate change.

So, should “Unsettled” be a reminder that climate messaging is not always accurate and sometimes needs to be taken with a grain of salt? Absolutely. But this does not mean the bulk of climate science is suspect. There will always be gaps in the historical data, anomalies to ponder, and models to improve, but by focusing on those elements, Koonin misses the bigger picture: the aggregate of our data, models, and the laws of physics tell us with confidence that significant changes are indeed coming around the bend, and perhaps have already arrived.

Nadir Jeevanjee is a science advisor to C-Change Conversations and a research scientist at NOAA’S Geophysical Fluid Dynamics Laboratory, a major U.S. climate-modeling center.  He has a background in theoretical physics and currently studies clouds and radiation in the climate system. He is active in communicating climate science to non-specialists and to the public, both through his own talks as well as through the outreach group Climate Up Close. The views expressed herein are in no sense official positions of the Geophysical Fluid Dynamics Laboratory, the National Oceanic and Atmospheric Administration, or the Department of Commerce. 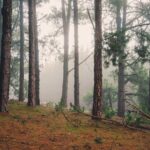 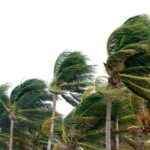