Curious about the science behind climate change? The latest Q&A with our climate science advisors explores hurricane forecasts, the difference between the water cycle and water table, whether we could be headed toward a glacial period if it weren’t for global warming, and more.

Question: The National Oceanic and Atmospheric Administration predicts a 60% chance of an above-average storm season this year, with a 70% probability of 13 to 20 named storms.  Given how hard it is to predict extreme weather events, how does NOAA come up with that forecast?

Bernadette Woods Placky, Chief Meteorologist, Climate Matters Director: Hurricanes thrive in an environment with warm water and low wind shear, which is the directional change of wind in the higher levels of the atmosphere. Wind shear rips storms apart. So when NOAA makes its seasonal hurricane forecast, it looks for the driving factors that would support hurricane development and intensification. In the Atlantic, these are some of the primary elements that go into the forecast:

Although there will still be variations from season to season, with climate change we are seeing a trend toward stronger storms that are intensifying more rapidly, and dumping more rain and producing a higher storm surge when they make landfall.

It’s important to note that the seasonal hurricane forecasts look at the number of storms over the water, not how many will make landfall – and it only takes one landfalling storm near you to make it an active and destructive season.

Why Ice Still Forms in Antarctica

Question: What about the growing Antarctica sea ice shelf? Doesn’t that disprove that climate change is happening and causing ice to melt everywhere?

Liz Sikes, professor of oceanography at Rutgers University and paleoceanographer: The first thing to be clear about in Antarctica is the difference between sea ice and ice shelves. Sea ice forms when seawater freezes each winter. Ice shelves are large, floating platforms of ice that form where a glacier or ice sheet flows down to a coastline and onto the ocean surface. An ice shelf is land ice, and these are definitely shrinking in Antarctica today.

There has been a small, relatively low-growth rate of sea ice extent around Antarctica since the 1970s when satellite observations began.  But the behavior of Antarctic sea ice is not a paradox; it is instead consistent with the characteristics of the southern polar region that starkly contrast with those in the Arctic. Sea ice formation in the Southern Ocean is not only driven by temperature but by other factors such as the intense winds (ever hear of the Roaring Forties?). Winds are one influence of many.  Winds push the ice around to form ice ridges behind which open zones form and become very effective “ice factories.” The winds and currents in the Southern Ocean are partly steered by water depth and bottom features that don’t change with climate. Together these help sustain winter sea ice around the continent in the face of rising temperatures.

Julia Sommer, of Maplewood, NJ asks: If the water cycle keeps a continuous, unchanging amount of water on Earth, then why do people say the water table is falling? I understand that wasting water is bad (e.g. letting it run when not in use) because it wastes energy but how does it lead to a decrease of available water?

Nadir: Indeed the total water on or near Earth’s surface isn’t changing, and is partitioned among many reservoirs (ocean, glaciers, rivers, water table, etc.). These reservoirs are not static, of course; water is continuously moving among them, but in the preindustrial climate these flows came into balance and so the amount of water in each reservoir became steady. As humans perturb the system, however (by warming the planet and melting glaciers, or by extracting water from the water table), these flows change and become unbalanced, so some reservoirs increase (like sea level) while others decrease (glaciers, water table). For the water table in particular, one can imagine a natural balance between replenishment by percolating rainfall and water loss through springs. Once humans start drawing water, however, this balance is upset and the water table drops, even if the amount of rainfall doesn’t change.

Are we headed into an ice age?

Robert Lewis, of Far Hills, NJ asks: Several years ago I wanted to catch up on global warming so I subscribed to Nature for several years. One of the issues had a letter published that spoke to the fear when we “finally started to do something about it.”  Being a Geologist, I look at it from a different perspective. Are we really in the Anthropocene now after being in the Holocene for 12,000 years?  Or are we at the end of a regular 10-20k year interglacial warm period still within the Pleistocene?  In the latter case if we are successful in reducing CO2, will rapid cooling take effect leading us into the next glacial icehouse phase?

Nadir: Good question. Are we currently headed into an impending glacial period, which global warming may be forestalling?

I think the key issue here, which a geologist can appreciate, is that of timescale. Our current ice age cycles consist of relatively warm interglacial periods (such as the one we’re currently in) alternating with relatively cold glacial periods (which brought glaciers across North America, Europe, and Asia.) The natural descent from an interglacial to a glacial state takes tens of thousands of years, so any appreciable change is likely to require on the order of 1,000 years. The changes we are making, however, have occurred only over the last 200 years or so, and mostly over the last 70. Our burning of fossil fuels, which (geologically speaking) short-circuits the carbon cycle by rapidly transferring carbon from geologic storage to the atmosphere, can change climate much more rapidly than natural ice age variations. So even though we might otherwise expect a glacial period to slowly begin over the next few thousand years, that timescale is too slow to matter for anthropogenic climate change.

As for “reducing CO2,” it depends on what is meant. If we are talking about reducing CO2 emissions to 0 (which is what world leaders are discussing), then it is well known that it still takes on the order of 1,000 years for the warming to start dissipating so there will be no rapid cooling. (See Lawrence Krauss’s new book for more on this.) If we are talking about reducing CO2 concentrations to 280 ppm from the current value of almost 420 ppm, then yes, you would see a rapid cooling accompanying the concentration decrease, and a return to an essentially preindustrial climate. (You might also see a subsequent descent into a glacial period, but only beginning over the next few thousand years.) But reducing CO2 to 280 ppm would require negative emissions (biological or geological sequestration of atmospheric CO2) equal to our cumulative emissions so far, which is not on the table.  For further reading, take a look at Sustainable carbon emissions: The geologic perspective. 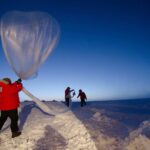 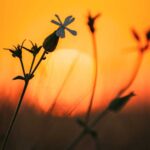