Hands down, the most prominent news in the month of November was the presidential election and its long tail. Poll watchers have been debating the role that global warming played in the vote. Many see climate as key to victory, while other analysts aren’t so sure, pointing to mixed messages from the electorate. Whatever the poll parsing ultimately concludes, this was certainly the first presidential election in which climate played such a prominent role. Furthermore, November was a month when even more large American institutions – including conservative institutions with a history of denial – saw the climate handwriting on the wall … and united around its mandate.

We hope you enjoy this month’s roundup of climate news and welcome your feedback and questions.

Notable Video
Let’s start with a win-win. Take a look at this “new” food that will please our palate while helping save the planet.

News of Hope
It is extremely promising to anticipate a U.S. administration mobilizing to battle climate change from every cabinet department simultaneously.

It’s equally promising to see groups that have previously denied anthropogenic global warming (or that have resisted efforts to address it) now suiting up for action. The American Farm Bureau Federation is the latest big organization to agree that the impacts are just too profound to ignore. And this month the Federal Reserve for the first time identified global warming as a risk to financial stability. (Readers might remember that the U.S. Chamber of Commerce did an about-face on climate last year and President Trump’s Commodity Futures Trading Commission released a report with warnings of grave financial consequences last month.)

As these institutions turn their attention to climate, renewable energy sources look increasingly robust as economic pillars. The International Energy Agency (IEA) has upped its growth projections for the renewables sector and now sees wind and solar installations setting records. The IEA also issued a detailed report with a clear bottom line: sector growth is outpacing expectations even through the COVID downturn.

And in one of those wonky details that may be critically important, a new look at the efficiency of burning fossil fuels suggests that transitioning to renewables may not be as big a reach as previously thought. That’s because only about 1/3 of the energy stored in coal is converted to power on average and only about 1/5 of the energy stored in gasoline is converted to auto propulsion. The rest ends up as waste heat. Renewables pack a much better punch. So that means we will need less “new” energy to replace the work of the “old” energy – though it’s still a daunting task.

News of Concern
The hard work of transitioning, of course, is still ahead – and the harsh impacts of global warming aren’t slowing down. New research shows the inland damage of hurricanes is greater than before because tropical storms no longer lose as much force when they hit the shore. And homeowners in the paths of climate disasters are having more trouble getting insurance, threatening local communities with economic disaster. The choice ahead could be painful, allowing climate-endangered communities to decline as insurance costs get out of reach or asking the rest of the country to foot the escalating bill.

Meanwhile, on the health front, a new study predicts that a warmer climate will dramatically increase the spread of diseases among wildlife over the next five decades. This is also bad news for humans because 75% of our new diseases start in the wild. COVID-19 is an example of how deadly these diseases can be. The International Red Cross, while on the front lines of the disease spread, this month declared climate change a greater danger than the pandemic and demanded a similar urgency from world leaders to coordinate a response.

And speaking of animals, National Geographic reports that methane flares in America’s 2,627 landfills are causing widespread destruction to bird populations around the country. Methane is a potent greenhouse gas released by decomposing landfill waste (and by other natural and human processes including leakage from oil and gas production facilities).

Notable Quote
“There are three categories of truth: personal truth, political truth and objective truth that shape our understanding of the universe. The interesting thing about objective truth is that it is true no matter what.”

To Get Action on Climate Change, the People Must Demand ItNovember 2, 2020
The Oceans Role in Moderating the ClimateDecember 1, 2020 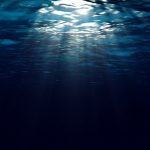