Heat Waves, “Hot” Poles, and Why Greenland Used to be Warmer

I know the temperature outside by looking at my phone. But given that summers are hotter than ever, how do we measure temperatures to know whether it is safe to be outside?

Bernadette Woods Placky, Chief Meteorologist, Climate Matters Director: There are several ways to measure the way outdoor temperatures feel and to help us determine if the conditions are right for being outside. The one we all have probably heard of is the Heat Index, which measures heat and humidity in the shade.

The Wet-Bulb Globe Temperature measures heat stress in direct sunlight and factors in temperature, humidity, wind speed, the sun angle, and cloud cover. The military and sports teams use wet bulb temperatures to decide if it is safe enough for soldiers and athletes to be training outside. Wet-bulb temperature is measured with a wet cloth on a thermometer. As air evaporates from the wet cloth, it cools, similar to what happens to your skin when you get out of a pool. The more moisture that’s in the air, the higher the wet-bulb temperature.

That’s important to know because at warmer temperatures, humid air makes it harder for our bodies to sweat, which can lead to heat stress or worse. So an innocuous sounding 87℉ day might be quite dangerous at 100 percent humidity and feel just like a 107℉ day at 50 percent humidity.

And, here’s a fun fact, it can be “really humid” outside even when it’s snowing – because the air and dew point temperature are the same, although below 32 degrees.

What is the difference between heat islands and heat domes, like we saw in the Pacific Northwest this summer? Are they caused by climate change? What does it mean when a heat dome is “stalled?”

Heat domes aren’t caused by climate change either, but a warming planet increases their negative impacts and frequency. Heat domes are large areas of hot air. Winds at the jet stream level (the fast-moving ribbon of air at around 15-20,000 feet above the Earth) are generally much much slower in the summer, so weather patterns tend to move along more slowly, meaning these surges of hot air (heat domes) can effectively get stuck longer over a particular area. Because they stall, the air becomes stagnant, and thus pollutants remain in place longer, especially in cities. People who are living under a stalled heat dome are therefore at greater risk from the myriad negative effects of air pollution.

Iceland’s active volcano has received a lot of attention. Don’t volcanoes put more CO2 in the air than people do?

Liz Sikes, professor of oceanography at Rutgers University and paleoceanographer: According to the U.S. Geological Survey (USGS), the world’s volcanoes, both on land and undersea, generate about 200 million tons of carbon dioxide (CO2) annually, while our automotive and industrial activities cause some 24 billion tons of CO2 emissions every year worldwide. Total global emissions measurements vary depending on which gases are included, but the United Nations estimated that 2018 emissions approached 60 billion tons.

The argument that volcanoes contribute more CO2 than fossil fuels may be based on the awareness that volcanoes have been contributing CO2 for eons (since the planet started…) and so their overall contribution over hundreds of millions of years can be seen as “more.” But this is a matter of timescales. Although on million-year timescales we might say that the contribution is “more,” any CO2 they would have contributed would have been balanced by other natural uptake processes (e.g., photosynthesis) on these long, long timescales. The pace of the present rise in atmospheric CO2 levels can only be attributed to anthropogenic (human) input.

Some ice core studies show that Greenland was warmer 7,000-10,000 years ago even though greenhouse gas levels were lower then than now. Do we know why and does that disprove climate change is happening?

Liz: Ice core records showing that Greenland was warmer at that time than it is today do not disprove global warming due to greenhouse gases. This is because parts of the planet can be warmer if they get more solar radiation (heat energy from the sun), and heating from sunlight is as important to climate as CO2 levels. Solar radiation varies regionally (different parts of the planet can receive different amounts). It also varies with time. Seven to 10,000 years ago Greenland and other parts of the North Atlantic region received more solar radiation and warmed up, but it appears other parts of the earth did not. That’s why it is so important to look at ice cores from many different regions when analyzing carbon and temperature patterns.

And why would Greenland get more solar radiation from the sun many thousands of years ago?

Liz: The shape of the earth’s orbit is not perfectly round, nor is it exactly centered on the sun, because it is affected by the gravity of other planets. So the pole wobbles a little bit. This means how much sunlight hits the earth in any one region varies over the year, and for different places it varies differently. For example, today the sunlight hitting Australia in January (their summer) is more than we get in July (summer in the U.S.) because the earth is closer to the sun in January.

Warming Temperatures at the Ends of the Earth

Why are the poles heating up faster than the rest of the earth?

Nadir Jeevanjee, a climate scientist in Princeton University’s Program in Atmospheric and Oceanic Sciences: This is an excellent question, and one which we don’t have a complete answer to. This phenomenon of the “polar amplification” of warming is one that climate scientists are still intensely studying. We do know some things, however. We know that in the arctic, sea ice reflects lots of sunlight and keeps the arctic cold. As sea ice melts with warming, its reflective effect decreases, causing further warming. This is a classic example of climate “feedback” (warming causing a change that itself causes further warming), and it occurs only at the poles, contributing to polar amplification.

But this ice-reflectivity feedback (known in climate science as the “ice-albedo” feedback) is not the only cause of polar amplification. The other unique aspect of the poles is that because the surface receives very little sunlight, the surface is often heated by the atmosphere, rather than the other way around. (In the tropics, by contrast, the atmosphere is warmed by the strongly sunlit surface.) A consequence of this is that at the poles, the atmosphere is often warmer than the surface, in contrast to most of the rest of the globe where temperatures decrease from the surface upwards (which is why mountaintops are cold). Adding CO2 to such an “inverted” polar atmosphere seems to lead to enhanced surface warming, for reasons we don’t fully understand.

What exactly is “green” hydrogen? How does hydrogen make energy?

Kathleen Biggins, Founder and President, C-Change Conversations: Hydrogen, which has important uses in our economy, can be produced from a range of resources including fossil fuels, nuclear energy, biomass, and renewable energy sources. When it is created by using renewable energy to separate hydrogen and oxygen atoms in water through electrolysis, it is called “green” hydrogen, because it is emissions-free. The other ways of producing hydrogen, besides nuclear, create emissions (though carbon capture equipment can help).

Green hydrogen can be burned as a clean alternative to fossil fuels and can be used in manufacturing, transportation, heating and power generation. This means it can be used to “decarbonize” areas of the economy that are hard to decarbonize, like manufacturing steel and cement and long-distance transportation. “Clean” electricity from renewables can not provide the power needed for these sectors.

In addition, hydrogen gas can be converted into a liquid – ammonia – then turned back into a gas for use. This allows the power of renewable energy to be captured, stored, and shipped, making renewable energy a more flexible and dependable energy source.

While “green” hydrogen holds promise and many countries, including the U.S., are investing in it, it is still significantly more expensive than hydrogen made from fossil fuels. 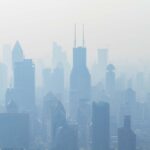 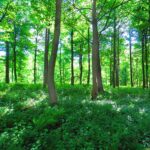