Does Covid-19 Have Any Tie to Climate Change?

Dr. Joan Schiller, a medical oncologist who is internationally recognized for her work in lung cancer clinical research and a member of the C-Change team, responds:

Pandemics are going to become more common as the earth heats up. Many pandemics are caused by viruses, bacteria, or parasites carried by vectors, usually an insect, which spreads the disease when it bites an animal or person. The problem is that as the earth heats up, vectors’ geographical range becomes larger and their metabolism increases, causing them to become more active and their breeding season to lengthen. This will make common vector-borne diseases, such as Lyme disease, more common. For example, it is estimated that the incidence of Lyme disease has doubled in the U.S. between 2000 and 2019.

Climate change also will cause the introduction of some infectious diseases into areas where the disease did not previously exist. West Nile, Zika Dengue fever and malaria, for example, (all carried by mosquitoes) were rarely seen in the United States until recently.

We might even see diseases that haven’t been seen by humans for tens of thousands of years as the Arctic permafrost melts, potentially releasing frozen bacteria and viruses.

In the case of COVID-19, scientists think the virus was probably carried by bats (not insects) and that climate change expanded the range and number of the bats before “spilling over” to humans. 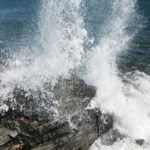 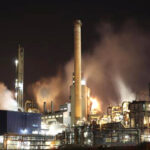