Like it or not, the presidential transition is now in full swing. The outgoing administration is working overtime [paywall] to approve a collection of new, large, energy and mineral projects on federal lands in hopes of locking in their version of a ‘business first’ approach to climate and the environment.

Meanwhile, President-elect Joe Biden’s key cabinet nominees view the relationship between the environment and the economy quite differently from the Trump team. Biden’s nominee for Secretary of Energy, for example, is bullish on renewables and the jobs they’ll provide, and his chosen ‘climate czar’ sits on the board of CERES – a nonprofit composed of investors and environmentalists who make a powerful business case for climate action.

That’s been our mindset for some time, and it is good to see it’s gaining traction. As always, we welcome your feedback and reactions.

“The secret of change is to focus all of your energy not on fighting the old, but on building the new.” –Socrates

Kicking off our theme of innovation and investment toward a green economy, enjoy this video that envisions American roads paved with something more valuable than gold: solar panels.

We’re buoyed that such economic opportunities seem very much in the sights of the climate and energy team that Biden announced this month. As Fox News reports, the lineup signals the President-elect’s commitment to “ambitious” climate action and – combined with his chosen economic team [paywall] – we see a coherent strategy emerging to align U.S. economic, energy, and environmental policies behind a climate agenda.

At the same time, ever more members of the business community are backing economy-wide climate action. The Wall Street Journal (among others) carried the news that leaders of more than 40 large U.S. corporations representing a broad swath of the American economy penned a letter to Congress urging cooperation with the incoming administration on climate issues. The letter echoed arguments that leveraging U.S. innovation and investment around climate solutions is a recipe for economic growth and called for the U.S. to rejoin the Paris Agreement on climate.

That agreement commits its national signatories to major reductions in greenhouse gas emissions. And while the Biden Administration begins to chart a new course in that direction, Princeton University offered a roadmap to get there, itemizing exactly what needs to be built, when, and where. The Net-Zero America study spells out no fewer than five energy-mix scenarios that could transition the economy to net-zero greenhouse gas emissions by mid-century. Crucially, none of the five scenarios would cost more than the country spends now on energy, and all would result in net job gains for American workers.

Meanwhile, Congress proved that bi-partisan cooperation around a green economy is possible when it passed the massive COVID relief and federal spending package. Forbes magazine described the bill as a “stimulus for clean energy,” noting the legislation’s many green tax credits and bipartisan support for them.

Climate change, however, hasn’t slowed down while the American political transition unfolds. A new scientific paper warns that rising sea levels may exceed even the highest projections of recent years. NOAA released its annual report card on the Arctic, and it describes a ‘new normal’ in the so-called frozen North that includes far less ice, more wildfires, and huge disruptions to ecosystems.
And although several large banks have aligned themselves with the fight against climate change, Bloomberg News [paywall] reports that some banks are still financing dangerous energy projects to the tune of billions of dollars. Three top international banks have invested $295 billion in 12 projects with the potential to release CO₂ equivalent to 75% of the remaining carbon budget we must maintain to limit global warming to 1.5 degrees Celsius, according to researchers at Climate Analytics.
Such financing continues in a year that’s seen 16 separate climate disasters (see image above) as of the end of September costing a billion dollars or more – tying the records of 2011 and 2017. Given that three months have passed since since the data were tabulated, it is expected that the previous records will be broken this year.
Also for the record books, 2020 is neck and neck with 2016 for the hottest year in recorded history. In this context it’s disturbing to see that emissions of a super-polluting greenhouse gas called nitrous oxide—which is 300 times more potent than CO₂ and released primarily from fertilizer—is rising far faster than previously thought at a rate consistent with a worst-case trajectory for climate change. 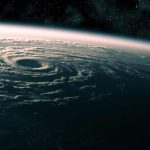 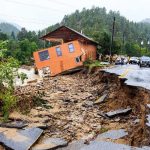