No doubt you’ve heard and seen a little or a lot about the “Inflation Reduction Act of 2022,” a sweeping piece of legislation signed into law on Tuesday that aims to fight climate change, lower health-care costs, raise taxes on some corporations, and reduce the federal deficit.

For decades, Congress has been unable to enact significant climate legislation – other than tax credits for wind and solar – and now it has. This is a very big deal!  Using more carrots than sticks, the new law will provide a much-needed boost for all energy – not just clean energy – during a period of high gas prices and uncertain energy supplies.

C-Change is non-partisan and does not support any specific legislation. Given your interest in reducing greenhouse gas emissions and transitioning to a clean energy economy, however, we thought it would be useful to provide a succinct overview of the climate provisions of the new law and share some common Q&A.

We welcome your feedback and questions at any time.

Climate and Energy Provisions of the Inflation Reduction Act of 2022

What did fossil fuel companies say about the bill?

Shell and BP came out for the bill immediately. The CEO of Exxon, Darren Woods, called the bill “a step in the right direction” while on an investor call. Criticism from other  leading oil companies has been muted because they liked a lot about the bill – the carbon capture, direct air capture, and the methane portions had both carrots and a stick. Many of the largest utilities praised the bill as a way to decrease energy costs in the future. Conversely, the American Petroleum Institute criticized the minimum tax increase and called for more “robust” investment in fossil fuel infrastructure and easing of permitting regulations. In general, smaller companies were more negative about the minimum tax changes than the larger ones.

What do voters think of it?

Americans support the climate provisions of the act by a wide margin, 47 percent to 30 percent, according to a Yahoo News/YouGov survey of 1,600 adults conducted July 28 to Aug. 1. That gap increased — 61 percent to 14 percent — when respondents were informed of other provisions, such as a reduction in prescription drug costs for Medicare recipients.

Surveys show that young voters, including a portion of conservatives, increasingly want lawmakers to do more on climate. Almost half of 18- to 29-year-old Republicans want the government to do more to address climate change, according to a Pew Research survey released last month.

Will it really cut emissions?

A preliminary analysis by Rhodium Group, an independent research firm, shows the proposal could put the U.S. on track to reduce greenhouse-gas emissions 31% to 44% below 2005 levels by 2030, an improvement of our current track to reduce emissions by only 24% to 35%. This is still lower than President Biden’s original pledge to cut emissions by 50%.

Won’t the law and transitioning away from fossil fuels hurt the economy?

According to a study from the University of Massachusetts Amherst, the law could create nearly one million jobs annually over the next decade from the combination of tax credits, grants, and loans, plus the private sector capital they enable. A move toward a clean-energy economy will increase the demand for skilled workers in manufacturing, construction, and installation of clean energy, EVs and clean transport, battery storage, and home-energy efficiency upgrades. Plus, the law pledges to reduce the federal deficit by $300 billion, a critical step toward greater economic growth and stability.

Yes, some jobs in the fossil fuel industry will disappear (but not all), and in fact, clean energy employs more people and can pay better. Scientists project we could move to a zero-emissions economy by 2050 without spending more of our GDP than we currently allocate to energy, and grow jobs in almost every state. If we fail to transition, more jobs across many more sectors will be lost. In addition, the U.S. economy could lose as much as 10% by 2050 according to a report from insurance giant Swiss Re. Want to know more? Read our op-ed on this topic.

Doesn’t the law penalize American natural gas energy with huge tax hikes at a time when Europe is relying on U.S. natural gas to replace Russian oil and gas?

The oil and gas industry is the third largest source of methane emissions. Methane is a potent greenhouse gas – about 28 times more powerful than carbon dioxide at warming the Earth, on a 100-year timescale. The new law authorizes a fee to oil and gas companies that release methane during drilling and production, but also seeks to help the industry with $1.5 billion for emissions-cutting measures, including for the replacement of leaky equipment and methane monitoring.

Companies won’t have to pay the tax if they can comply with tougher methane regulations expected to be implemented fully in 2026 or later, and most of them will be able to, analysts say. This view was supported by several industry executives who either support the plan or say they aren’t worried about it.

As noted earlier, we’re focusing just on the climate provisions of the legislation, but consider this: the increase in fossil fuel costs – due to Russia’s war in Ukraine and the Covid-19 rebound in energy demand – is one of the primary drivers of inflation, so investing in renewable energy is one way to protect U.S. consumers. Unlike the supply of fossil fuels, sunlight and wind energy are abundant, free, and not at the mercy of geopolitics.

As we’ve seen all too well this year (and as many will recall in the 1970s), sharp reductions in oil exports from Russia, the Middle East, and elsewhere make energy prices surge. Investing in power plants that use renewable forms of energy will protect our supply, our pocketbooks, and our planet.

What states stand to benefit the most from the investment in solar and wind energy?

Tax incentives fueled the dramatic expansion in the past decade for wind and solar generation so they became the fastest-growing source of new electric power in the U.S., but their total share of U.S. power plant output, at 12 percent last year, is one-fifth of what gas- and coal-fired plants produce.

The new law will extend the investment tax credit for solar installations and the production tax credit for wind by 10 years, lowering the cost of projects for developers and, critically, locking in the benefits for a decade.

New wind and solar power investment will likely continue to flow to regions where those resources are strongest, although the tax incentives lower the costs and risks for projects across the country. In particular, Texas and the Great Plains states, where wind power is already heavily concentrated, and areas offshore of several Atlantic states, stand to benefit. For solar, the prime region is a band of Sun Belt states spreading from Florida to California.

What are green banks?

The law would provide $20 billion to dispense to “green banks,” nonprofits that give homeowners, small businesses, and others low-cost financing to purchase energy-efficient products, like heat pumps, windows, solar panels, insulation, and electric-vehicle charging stations. Green banks have been established in 37 states and the District of Columbia and draw in public and private investment to finance low-emission technology. 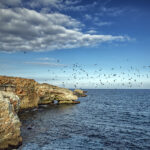 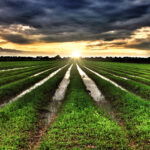