Q&A from England to California

In January we presented the C-Change Primer to a California land trust made up of liberals and conservatives who were so divided on climate change they could not talk about it among themselves. C-Change was asked to provide a common set of facts to lay the groundwork for a discussion about the impact that a warming planet is having on the land entrusted to their care. It was such a gratifying experience.

Several skeptics in the audience asked climate questions that were better suited for C-Change’s three science advisors. About that time, we also received an email from a man in the small village of Bagshot, in Surrey, England, asking other science-related questions about climate change. Today, we are pleased to share this Q&A from California to England!

Through non-partisan education and outreach, C-Change Conversations aims to improve understanding about the science and effects of climate change and encourage ongoing discussion and engagement. We welcome your questions from across the globe and right down the street.

Considering the anomalous expansion of water at or about freezing point, why would melting sea ice glaciers cause a rise in sea levels?

There is no such thing as a “sea ice glacier.” Sea ice doesn’t contribute to sea level rise, but glaciers do.

This is a common point of confusion, however, and the question raises an important distinction. Sea ice, which floats, does not raise sea level when it melts. The mass of water in a block of sea ice is exactly equal to the mass of water the block displaces, a fact that goes back to Archimedes. The volume of the ice is slightly larger, however, which is why a little bit of ice (the proverbial “tip of the iceberg”) pokes out above the water. All this means that melting sea ice in the Arctic Ocean does not contribute to sea level rise.

Glaciers, however, occur on land and do not float. Glacier melt thus adds water to the ocean, so the melting of glaciers on the landmasses of Greenland and Antarctica do cause sea level rise.

Am I safe to assume most of the glacier melt consists of fresh water that has a lower density than sea water and has an effect upon deep ocean currents?

Yes! Glacier melt is fresh and thus less dense than sea water, as it has no dissolved salt to weigh it down.

And am I right to assume that a large volume of fresh water entering the deep ocean currents could have a significant long-term effect upon climate and weather regulation?

Right again. Climate scientists have probed exactly these effects in computer models, and indeed large additions of fresh water have been shown to impact the global ocean circulation and hence global climate. These effects were dramatized (rather inaccurately!) in the 2004 film The Day after Tomorrow.

The Fundamentals of Rising Temperatures

Liz Sikes, another C-Change science advisor, helped us answer a variety of questions from a California land trust.

If the world did become carbon neutral or even negative, is there any possibility that the environment would “autocorrect” the earth’s temperature by bringing it down to pre-spike levels?

Short answer: The system can’t autocorrect quickly enough to matter in the next few centuries. It will require some sort of CO2 “capture” to bring temperatures down in a realistic human life-span timeframe.

Long answer: The earth’s system (biosphere, geosphere, hydrosphere) can autocorrect and can control the partitioning of carbon and CO2 between the atmosphere, land, ocean, etc. But this is a slow process. The earth’s system took approximately 10,000 years to release roughly 80 ppm of CO2 from the ocean at the end of the last Ice Age. This was a very, very quick change on natural timescales. We’ve added about 120 ppm to the atmosphere in about 150 years. It will take technical help to reverse that quickly.

Can you provide reference sites to graphs that show the temperature rising?

How do we know what the temperatures were 10,000 years ago?

Long answer: There are several proxies for past temperature that are preserved in what we would call the geologic archive. A proxy in this context is something that varies with temperature and then preserves that temperature as time passes.

One of the most widely used temperature proxies is “oxygen isotopes.” Temperature influences the isotopic content of water across the planet, and we can “read” the changes in isotopes like oxygen-18 content in ice cores, marine sediments, and stalactites. The lighter, lower boiling isotope evaporates more quickly and is separated and transported away as a function of temperature.

There are many, many proxies for temperature because so many living organisms respond to temperature, and so many reactions are controlled by temperature. You just need to know how to read the signals.

Depending on the proxy and the “archive” it is in, we can have temperature records that can give more or less detail. Generally, a fast growing archive such as corals gives more detail. Corals can provide temperature records that can give approximately monthly resolution but corals only live decades to a few hundred years, so the records are short. A slow growing archive, like a glacier, from which we can drill ice cores, can give a record of many hundreds to many hundreds of thousand years, but the resolution in those are at best a decade to a few hundred years. Tree ring records tend to be intermediate with annual resolution and a few hundred to a few thousand years long. So high resolution records tend to be short and low resolution records long. Generally no archive can record daily temperatures—but a monthly average is pretty powerful, as we are trying to understand past climate, which is the overall average of weather.

All proxies react to more than just temperature. Verifying and calibrating is important. This is why there are error bars on any measurement, and there are sometimes differences in the record from different proxies. That is why we have so many; we work hard to read the preponderance of evidence for an accurate record.

Bernadette Woods Placky is our go-to science advisor for questions like this one.

We hear a lot about climate change being linked to hurricanes and wildfires, but what about tornadoes—like the one in Alabama in January and the derecho in Iowa last year?  Do we know if climate change plays a role?

While we’ve learned something about how climate change is affecting tornadoes, there is still a lot to learn.

For tornadoes to form, you need three key ingredients:

1) a warm, moist air mass
2) something to trigger thunderstorm formation (a front, dry line, etc.)
3) shear, which is the changing of wind speeds and direction with height upward in the atmosphere.

In a warming world, we know that heat and moisture are increasing. However, there are still questions about how climate change is changing our jetstream, which sets up our weather patterns that, in turn, create shear in the atmosphere. If we don’t have shear, we don’t get the needed spin for tornadoes. Also, the tornado reporting record has changed over time, so we don’t have as long and consistent of a tornado record as we do for other events.

What we have learned so far, though, is that our warming planet seems to be changing how we experience tornadoes. When we do have tornado “outbreak days” (days when there are multiple tornadoes forming), there seem to be more tornadoes striking on those days. So the outbreak days may be getting bigger when they do happen. And there has been some evidence that the main geographic area for tornadoes may be migrating farther east—into what we call Dixie Alley—as opposed to the traditionally recognized Tornado Alley. A warming climate may be responsible for both bigger outbreak days and the shifting geography of tornadoes. 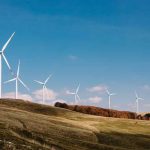 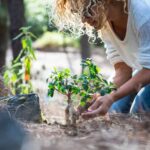