My colleagues and I founded C-Change Conversations to educate and empower people to take action about one of the most critical issues of our time: climate change. You are on our mailing list because the topic interested you enough to attend our Primer presentation in your area or a talk by a noted expert we sponsored in Princeton, NJ on climate change impacts.

Starting today, we’ve decided to share—in the same clear, non-partisan approach we’ve always taken—what we think is relevant and thought-provoking climate change news. (Scroll down to find our selections.) The C-Change newsletter will help you stay current and provide useful tips for taking action. Our goal is to equip people who care about this issue with the information and tools to talk about it with family, friends, and even elected officials who can change policy for the good of us all.

Fast forward to today. By the end of this year C-Change Conversations will have visited 28 states and presented the Primer to more than 7,000 people in local garden clubs, investment clubs, business clubs, country clubs, churches, libraries, schools, rotary clubs, regional planning associations, and in private homes. We’ve been on the national stage too, presenting at Garden Club of America and American Geophysical Union conferences. The initial team of four has grown to 14, and we are training new presenters around the country.

Other highlights include launching a promotional video about our work and appearing on She Roars. This podcast normally features alumnae and faculty of Princeton University, and I’m neither, so it was an honor and testament to our work to be interviewed on the show.

C-Change also has showcased 17 highly respected climate change experts from the business, military, legal, and scientific arenas. For example, in April we heard from Fred C. Rich, a noted author and former partner at the law firm of Sullivan and Cromwell, who deepened our understanding of how climate change became a partisan issue, manufactured and exploited by both sides, but now could be a bridge issue that brings us back together. He emphasized that peer to peer communication is the vital step in all of this, something we could not agree with more. You can watch his presentation here.

Our non-partisan message, that climate change is a human issue, not a political one, continues to resonate in every region of the country. Astonishingly, C-Change’s growth has been solely through word of mouth from supporters like you. Thank you for your belief in us and our mission.

This Gives Us Hope
An Unusual, Bipartisan Rebuke
Former NewJersey Governor Christine Todd Whitman and three other former EPA heads from Republican and Democratic administrations recently joined forces to harshly criticize the agency’s failure to address the risks of climate change, among other concerns. Their testimony before a House subcommittee followed an April 2019 letter in which seven former EPA administrators of both parties wrote to Congress urging greater EPA oversight. Learn more.

A Moonshot for our Era
Invoking President Kennedy’s 1961 call to put a man on the moon within a decade, Michael Bloomberg, in a stirring speech to the 2019 MIT graduating class, announced his plan to address a similarly serious and complex challenge: climate change. “Beyond Carbon” is a $500 million national effort that will bolster state-level incentives and efforts to build a clean energy economy.

Did You Know?
Soggy Stuff
Experiencing flash floods, soggy lawns, and rain tempests? You probably are, now that climate change is supercharging the water cycle. The average precipitation has risen in 90% of states analyzed since 1950. In fact, the last 12 months have been the wettest on record. Learn more about how climate change is impacting rainfall nationwide and near you.

People for Paris
More than 3,700 organizations, from cities to universities to businesses, representing 155 million people across the country, have declared they will continue to support the Paris Agreement so that the U.S. will remain a global leader in reducing global emissions.

Praise for the Primer
“The presentation blew me away–both in comprehensiveness of the facts and message, but also the way it is delivered with a passion and compassion that is stirring, resonating, and impactful but not far out for a skeptical conservative audience. These women have created, to my mind, one of the best, most persuasive presentations on climate change that I have seen and heard–it is the message and messenger both. Their work is revolutionary in concept and ambition.” 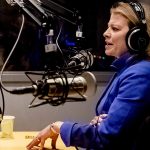 Kathleen Biggins on Changing Minds About Climate Change, One Non-Partisan Conversation at a TimeApril 3, 2019
8 Things You Need To Know About FusionAugust 19, 2019 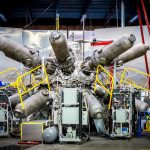