Tragically and incredibly, Russian aggression in Ukraine continues. It has brought desperate suffering to the Ukrainian population and unleashed a political and economic tsunami on the rest of the world that is gaining force by the day.

As Europe scrambles to slash dependence on Russia’s fossil fuels … as Putin slaps embargoes on neighboring nations … and as energy exporting nations like the U.S. ramp up production to fill the gap – the big question for climate is this: Will the Ukrainian crisis help or hobble global efforts to move off carbon-based energy?

Here at C-Change Conversations, we don’t see the question as black or white. The energy transition is not, and has never been, a brisk march in one direction. It is more of a dance – a two-step if you will – that rocks between the short-term, political-economic realities on one hand, and the long-term imperative to stop burning fossil fuels on the other.

For the short term, fossil fuels must be supported to keep buses running, homes heated … and the Kremlin restrained. Last year they provided 80% of the world’s energy, and 61% of the U.S. energy. The world economy can’t transition off that in the blink of an eye.

But mid- and longer-term? The current crisis in eastern Europe may ultimately be seen as the definitive turning point toward fossil-free energy systems, and certainly the economics of energy and the costs of climate change push us in a very different direction. Renewables are cheaper. And supply chains hiccups aside – they’re getting cheaper all the time. Because clean energy like wind, solar, and hydrogen are “manufactured” at home rather than being extracted abroad, renewables provide greater energy security than imported fossil fuels and remove the blackmail power of bad acting petro-states.

With relentless certainty, the climate crisis will outlast the pandemic and the Russian invasion. Last month the Intergovernmental Panel on Climate Change (IPCC) released its latest authoritative report and while past reports have focused on climate science, this one focuses on potential climate solutions. It’s not exactly cheerful reading … but it is a sober and clear affirmation that the world has the necessary know-how and technology right now to limit the worst effects of a warming planet.

So two steps forward, one step back; that’s the beat of the two-step we’re describing. The rhythm is certainly speeding up … but we have the moves to keep pace. We’re learning new steps all the time and the dance will go on.

In early April, the IPCC released the third installment of its Sixth Assessment Report with all the urgency in its dictionary. Once again, it warned in trenchant language that time is running out, but also reminded the world that since 2010 the costs of solar energy, wind energy, and batteries have seen sustained decreases of up to 85%. And it declared that enough options exist right now to cut emissions in half by 2030. One of the report’s graphs lists 43 of those options across sectors and shows how effective each could be in reducing net carbon emissions. Not only could solar and wind energy be huge contributors to net carbon reductions, but ‘natural’ options like reducing deforestation and sequestering carbon in agriculture show nearly as much promise.

To repeat, these are policy and technological options at our disposal today. And they could cut emissions in half. As a proof point for the potential, we note with delight that California set a new record on April 30 at 2:45 PM when 100% percent of electricity on the state’s grid came from renewable sources. Measured in GDP, California would be the world’s fifth largest economy, bigger than France, India, Italy, and Brazil – so that’s no small feat.

The IPCC isn’t the only entity highlighting solutions: The Wall Street Journal recently published its own summary of key technologies that could make a difference in fighting climate change.

Two that are causing quite a buzz: carbon removal, which is now moving beyond proof of concept to attract investment from some of the titans of business; and geothermal, another technology that has benefited from fracking technology, is ready to make significant contributions including large-scale implementation in the Utah desert.

More prosaically, new techniques in Scandinavia, among other places, are addressing the need for industrial-sized clean building materials by making skyscrapers from specially engineered wood instead of carbon-intensive concrete and steel. Also hopeful: policy makers are increasingly viewing the private sector as a vital partner in creating solutions rather than as entities to be regulated in defense of the climate.

These are just a handful of the thousands of large and small innovations that can, together, deliver the carbon reductions the world needs. And they’re not all high-tech. Strikingly, in the IPCC’s ranking of effectiveness, the second most effective action to cut carbon emissions would be reducing the ‘conversion of natural ecosystems.’ In other words, preserving forests. They provide a buffer against climate change by absorbing carbon dioxide.

With that in mind, it’s painful to see new data showing record losses of northern hemisphere ‘boreal’ forests in 2021 as well as the ongoing and unmitigated deforestation in tropical regions. The losses were caused by massive wildfires in Russia (among other places) and ongoing cutting in the Amazon. The scale of deforestation is large enough to scuttle global climate targets, researchers report.

In the spirit of that two-step dance, it was no surprise when the vast majority of shareholders of some major banks voted against resolutions to stop their companies from financing fossil fuel projects. Financial reckoning is a powerful force but it’s not at all clear that blanket moratoriums are in the nation’s interest at this point. On the other hand, we’re very concerned by reports that Texas is trying to punish banks that ‘boycott energy companies’ by declining investments. If financial institutions are precluded from basic risk analysis, our economic system is in trouble.

And while Texas plays hardball to protect its fossil fuel interests, it also is paying big bucks to protect itself from climate change’s costly impacts. Rising seas are threatening inhabitants and the petrochemical industry around Galveston Bay, necessitating the largest project in the history of the Army Corps of Engineers: a $29 billion coastal wall to keep out the water. Other cities are pursuing similar projects, and these new “walled cities” are troubling harbingers of the social and financial costs that communities will shoulder in preparation for nature’s increasing threats.

Another harbinger of the costs of climate inaction can be found in the sweeping disruptions of commodity supply chains caused by the pandemic. Climate disasters in 2021 alone have brought havoc to many global supply chains – and the situation will only worsen.

For these reasons and more, we need to invest massively in those options highlighted by the IPCC that can reduce carbon emissions drastically by mid-century. As we two-step our way through that process, short-term compromises and ‘bridge projects’ will be key. But infrastructure investments that lock us into decades of dirty energy may end up as ‘stranded assets’ in the best scenario. That’s why we’re dismayed that the largest federal utility, the Tennessee Valley Authority, has decided to direct $3.5 billion toward new gas-burning electricity plants even though renewable options are available.

Buildings are a giant source of carbon emissions worldwide – and the IPCC says their architectural design isn’t helping.

So we thought you’d enjoy a glimpse of the possible: a gorgeous video of a new building designed by the late renowned architect Zaha Hadid that was just unveiled in the United Arab Emirates.

This climate game from the Financial Times challenges you to reach net zero by 2050. We hope that this newsletter has given you all you need to be a winner.

Play The Climate Game — Can you reach net zero?

That’s all from us for April. As ever, thank you for reading, and we welcome any questions or comments you may have. 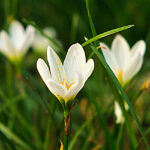 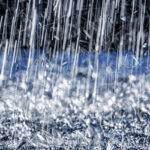