While it is always difficult to pare down the headlines we share with you, this month has been particularly challenging. From the deadly devastations of storms like Fred, Henri, and Ida to the flurry of activity leading up to the critically important United Nations climate conference starting next month, the news has been fast and furious.

The reality of climate change is setting in across the nation and around the world – thanks in part to the inescapable physical and economic costs that are becoming so apparent. But we are still divided on what we should do about it. Global leaders who recognize the magnitude of the challenge are facing tough choices, scrambling to implement policies that can both keep us safe and pass muster with their various constituencies.

The difficulty of transitioning is further exacerbated by the burgeoning global energy crises, as acute natural gas shortages and escalating prices harm people and economies across the world. There are many reasons for the shortage, but the public outcry could make it difficult for policymakers to deliver on carbon-reduction policies.

The next few months will be incredibly important, both on the domestic and international front, as nations and the international community wrestle with how to meet this challenge. Difficult choices lie ahead.

We can all help. Stay tuned, stay positive, and take action in a way that works for you and your family.

We loved this TED Talk about how fossil fuel workers and technology could help us lessen our climate risk by providing clean, geothermal energy all over the world. It seems fracking technology could enable us to dig deeper to capture the earth’s heat and transform it into energy we can use in many more places.

It reminds us, yet again, that there are many solutions unfolding, everyone must be invited to the table, and that we never know where tomorrow’s breakthrough may come.

Climate change has been almost everywhere this month, underscoring the stark truth that there is nowhere to hide. Hurricane Ida left nearly a million people without power in Louisiana and Mississippi amid hundred-degree weather that killed more than the hurricane itself.

Over 1,400 miles from Ida’s landfall, the storm dropped so much rain on New York and New Jersey that scores of people drowned in their cars and their homes. Tennessee also saw flash floods kill more than 20, while wildfires ravaged California – forcing thousands to evacuate Lake Tahoe – and yet another deadly heat wave took lives in the Pacific Northwest. All in all, the last few weeks have shown that the U.S. is not prepared [paywall] for our climate reality.

The millions who are directly affected by such climate-linked disasters are only part of the story. The economic fallout of climate change is also battering the finances of individuals, communities, and states far outside the direct line of fire … or the line of heat or water. In a game-changing move, the U.S. government is planning to pull back its subsidies for flood insurance policies in high-risk zones, setting the stage for premium increases for millions of homeowners, with potentially life-changing rate rises coming to tens of thousands. It’s a clear signal to those considering buying or investing in property at low-lying levels, but will hit those with nowhere else to go particularly hard.

Out West, a California moratorium has expired that protected fire insurance policies, putting their owners ‘at the mercy of the market.’ Millions more are at risk of losing policies this year as insurance companies and states try to retool a broken system that inadequately prices risk, leaving taxpayers to cover the real costs for people living in fire- and flood-prone areas. Change is unpalatable but a reckoning is clearly coming. And the cost won’t be measured by individual stress alone. Entire communities are facing insolvency [paywall] in the wake of climate-induced shocks, foretelling yet another body blow to small-town America.

If all this isn’t bad enough, the consensus of more than 230 medical journals is that a range of adverse human health consequences of climate change could be catastrophic if governments can’t manage to avert warming more than 1.5℃ above pre-industrial levels. This is particularly sobering since the United Nations warned this month that warming well above that limit is locked in – even if all the ambitious pledges to cut carbon are met by the global community. The UN says even if every country meets current emission promises, we will still experience a  ‘catastrophic’ rise in global average temperatures of 2.7℃ by the end of the century.

In defiance of that alert, Australia’s government declared the country would continue mining and exporting coal well beyond 2030. Coal, of course, emits more climate-warming carbon into the atmosphere than other fossil fuels. Australia is the second largest exporter in the world.

Clearly, there’s much that keeps us up at night. And yet, many key countries are moving faster and better to get a grip on the climate crisis in the runup to the next UN Climate Conference (COP26) that opens on October 31. While Australia seemingly wants to put its head in the sand regarding coal, this month China made a major announcement to stop funding coal plants around the world.

And as if vying to take the lead after years of American reluctance to act, President Biden announced that the White House will work with Congress to double the administration’s climate finance commitments to $11.4 billion by 2024. Equally important, he asserted that this will enable developed countries to keep a key commitment to the world’s poorer nations to mobilize $100 billion a year to support climate action in the developing world. The failure of developed nations to honor that pledge has been seen as a potential stumbling block for COP26.

More applause is warranted for the recent joint pledge by the U.S. and the European Union to slash emissions of methane – one of the world’s most potent greenhouse gases – by 30% over the next 10 years. Seven other countries have signed on, promising an important collective initiative to dial back the source of about a quarter of global warming to date.

On the domestic front, the Environmental Protection Agency issued a new rule to cut the use of  hydrofluorocarbons – a class of greenhouse gases that are hundreds to thousands of times more powerful than carbon dioxide and widely used in home refrigerators, air conditioners, and supermarket freezers. The bi-partisan support behind the plan to slash these super-pollutants is viewed as a major achievement.

Also this month, the Biden Administration announced that it will take immediate steps to protect Americans from extreme heat in the wake of a summer of lethal heat waves that killed hundreds of people around the country. Heat is the nation’s leading cause of weather-related deaths and the new initiative will involve multiple agencies.

Finally, we’re intrigued by news that the knowledge and technology behind the controversial practice of fracking (hydraulic fracturing) may power a shift to clean energy for oil companies and their workers.

This graph speaks for itself, showing the number of disasters costing $1 billion or more per year. Scientists say the rapid escalation in the number and severity of weather-related disasters is due in large part to climate change. 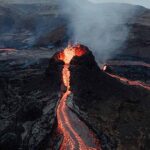 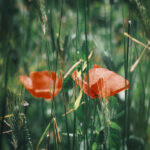