Sometimes it is difficult not to get depressed. On the surface, this election cycle has laid bare that the polarization around climate change created in the early 2000’s continues to divide us at a time when we must come together to stay safe. But delve deeper and there are glimmers of hope.

More Americans, including conservatives, say they believe climate change is happening and that they want government action to address it. In fact, latest polls show that 65% of Americans believe climate legislation should be a key priority. And the steady drumbeat of recent devastating natural disasters, which scientists say have been exacerbated by climate change, is making the concern more visceral and immediate.

In addition, we’re also seeing a groundswell of alarm about climate change from businesses, investment groups, regulators, and the military. A growing contingent of sober-minded leaders find it impossible to ignore the costs of climate change. They’re calling for immediate action to protect our economy, our homes, and our national security against systemic risk. Among these leaders is H. R. McMaster, a three star General who was President Trump’s National Security Advisor for 13 months and who considers climate change a top security threat to our nation and the world.

If you’re a returning reader, thank you for revisiting this newsletter and please let us know how we can improve upon it. Our format presents a sampling of non-partisan news grouped in two moods: hope and concern. As we all know, both are in large supply this election season.

Please let us know what you think — and please share this newsletter with others.

Notable Graph
We don’t know where 2020 will end up, but it is in the running to be one of the hottest years ever. 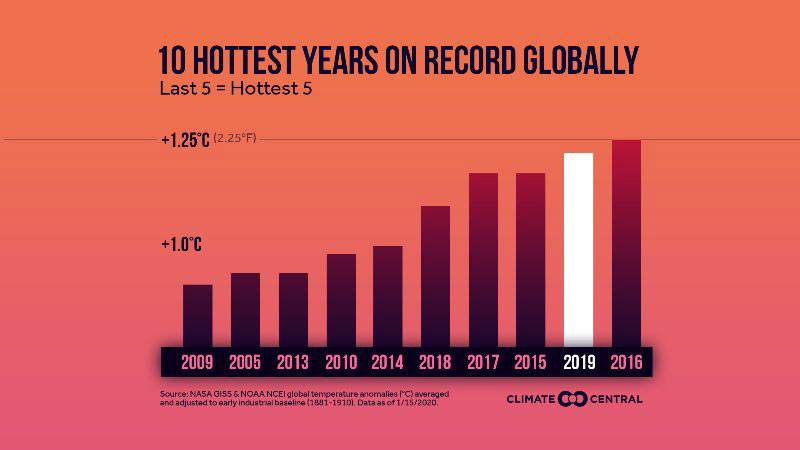 “So what should be the goal? To effectively decarbonize the U.S. and the global economies by mid-century without shock and disruption. It will be hard, but so was going to the moon.”

News of Hope
Even the highly polarized U.S. Senate has found some common ground. Senate Republicans and Democrats joined forces earlier in September to cut the use of hydrofluorocarbons — refrigerants that are considered ‘super greenhouse gases’ and among the most powerful drivers of climate change.

The Commodity Futures Trading Commission released a seminal report concluding that “climate change poses a major risk to the stability of the U.S. financial system and to its ability to sustain the American economy.” The report proposes 53 climate change solutions, including a price on carbon and a Securities and Exchange Commission mandate for companies to fully disclose climate risk. Bob Litterman, who spoke at a 2017 C-Change Conversations event, chaired the subcommittee that produced the report. The subcommittee was made up of diverse interests like Morgan Stanley, ConocoPhillips, and the Environmental Defense Fund.

The Business Roundtable, a business lobbying group composed of CEOs from more than 200 of the largest US corporations, now supports market-based carbon pricing to fight climate change.

And an investing group managing more than $47 trillion in collective assets has ratcheted up pressure for net zero emissions among companies it holds. Led by investment giants like BlackRock and PIMCO, Climate Action 100+ sent a letter this month advising companies to set concrete objectives to reduce emissions by 45% within 10 years to try to meet the 1.5℃ goal set at the Paris Agreement.

News of Concern
National Geographic says that science has “incontrovertibly shown” that historic fires like those raging across the American West have everything to do with climate change. In California alone, more than 3 million acres have burned so far. And fire season is just beginning. The LA Times aptly describes this year as “The worst fire season ever. Again.” And record-setting fires also bring record-setting health threats. Washington, Oregon, and California suffered “the worst air quality on earth” this month due to the fires.

Fires aren’t the only climate-related disaster the West had to endure in September. CBS News described a simultaneous heat wave of “insane” and “unprecedented” levels with temperatures “never before seen in modern history.”

Meanwhile, scientists report that rising sea levels caused by melting ice sheets in Greenland and Antarctica are in sync with the ‘worst case scenarios’ projected by the Intergovernmental Panel on Climate Change.

Despite it all, the federal government remains dangerously out of step with the scientific consensus. So much so that six former directors of the Environmental Protection Agency from both Republican and Democratic administrations issued an appeal this month for an agency ‘reset’ after the election. They were endorsing hundreds of pages of recommendations by a bipartisan group of more than 500 former EPA senior managers and employees. 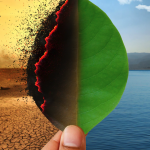 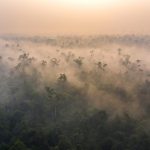