Welcome back to our monthly roundup of climate news … both encouraging and, well, not-so-much. Just days before the presidential election, though, it’s striking to note more optimistic signs than expected. And we’re not alone. Some are describing a ‘sea change’ in the way the American electorate, politicians, and business people are now talking and acting on the issue of global warming. We concur. To set the tone, watch this new video about the biggest, baddest vehicle of the automotive world — which is now electric! The closing lines say it all.

Notable Quote
“Introducing the world’s first all-electric supertruck, the revolutionary GMC Hummer EV, with no limits, no emissions and no equals. It will leave everything you thought possible in a cloud of dust.”

News of Hope
Let’s turn to the presidential debates. In a sign of a sea change, the final debate between President Trump and former Vice President Biden was the first in 20 years to feature a substantive discussion about climate change. Even more important: the issue was treated as fact by both candidates who then sparred over policies.

While Biden made news by calling for a speedy transition away from fossil fuels, the world’s oil companies largely shrugged at the proposition, which many have already incorporated into their business plans. And coal? After years of retraction, the coal companies clearly see the handwriting on the wall and are divesting from coal themselves.

Meanwhile at the United Nations, the leader of the world’s biggest greenhouse gas emitter pledged to achieve carbon neutrality in its economy by 2060. Yes, China— the country currently burning half the world’s coal supplies (see the pie chart, below). China has expressed good intentions before but this commitment from its top politician has been followed up by a concrete plan charting a viable path to get there.

While many researchers in the U.S. are developing similar plans to transition the U.S. economy, it’s encouraging to see evidence that American workers are beginning to recognize that job growth in clean energy is outstripping job losses in fossil fuels. A sea change, indeed.
News of Concern
Of course, a sea change doesn’t mean smooth sailing. The annual report of the world’s most authoritative body of energy analysts, the International Energy Agency, concluded this month that the globe is headed toward more warming than the top manageable limit set by the Paris Agreement.

Meanwhile, another international body — the G20 (the premier forum for the world’s largest economies) — backtracked on previous commitments to end oil subsidies. The rationale cited was the disruption to oil markets caused by the coronavirus pandemic.

Exxon’s short-sightedness may be part of another sea change we’ve witnessed this month: the Dow dropped Exxon Mobil from its index in favor of a software stock. XOM had been part of the Dow Jones Industrial average since 1928 and was its longest-serving component.

And lest we forget the climate-linked fires still burning in the West, consider this: a growing body of research shows significant and enduring health risks from wildfire smoke. That’s an extra layer of pain on top of the coronavirus pandemic and the arrival of flu season.
Notable Graph
When taking second place is not to be congratulated. How countries compare in CO₂ emissions. (Source: Union of Concerned Scientists) 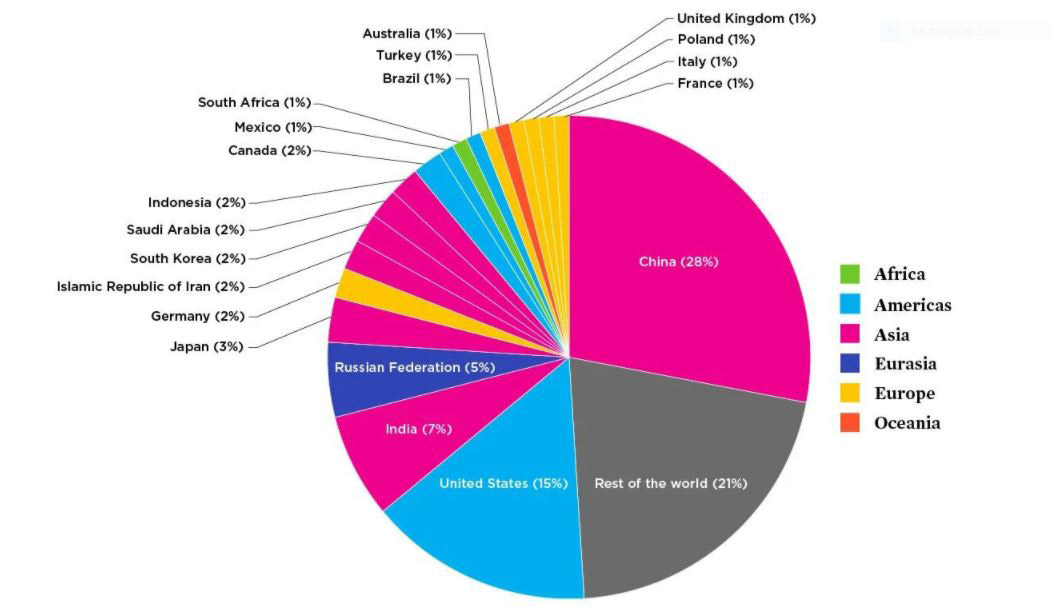 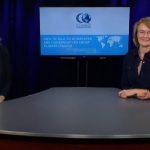