As we head into Thanksgiving, it seems fitting to ask whether there’s anything to be thankful for with respect to climate change, especially in the wake of COP26 – the much anticipated global conference that ran into overtime before wrapping up in Glasgow, Scotland on November 13th.

As a quick reminder, the primary goal of COP26 was to keep alive the international community’s hope for capping global warming at 1.5℃ above pre-industrial levels. By that minimal standard, the conference succeeded. Hope is not dead.

At the eleventh hour, nearly 200 nations signed on to a new ‘Glasgow Climate Pact’ that, for the first time, targeted fossil fuels as the key driver of climate change and declared carbon emissions must plummet 45 percent by 2030 to maintain the temperature cap of 1.5℃ degrees – above which climate change impacts are projected to become much worse. It also called on governments to reconvene next year to report stronger plans to curb emissions.

The devil, of course, is in the missing details. Many observers who have focused on those absent specifications are bemoaning a half-empty glass. The commitment on future coal use was watered down at the last minute; climate finance pledges risk remaining empty promises; and negotiators kicked the can down the road a year when it came to mapping out exactly how the world will slash emissions almost in half.

But, but, but. There is much good news coming out of the summit, and C-Change would like to dedicate this newsletter to the full half of the COP26 glass. And use it to toast the holidays.

Because, despite the omissions, Glasgow delivered important accomplishments that would have been unthinkable just a few years ago. The United States and the rest of the world looked at reality and didn’t shut their eyes. COP26 gave us new building blocks for progress, and the march to net-zero is clearly accelerating.

Here are a few reasons to give thanks and raise a glass on Thanksgiving.

Transitioning away from fossil fuels is possible. The capital is mobilizing. The technology is ready. And carbon-free energy sectors are growing fast.

How much of the world’s energy comes from sustainable sources right now? 29% has never looked so thrilling as it does at the hands (and feet and wheels) of Danny MacAskill. Taking to the Skies for Climate Change is a video you’ll want to share with holiday guests. The ending alone will have you gasping and cheering!

First, let’s pause to applaud the return of the United States to a leadership role [paywall] on climate. After years of backtracking, Washington is now committing significant financial resources and real diplomatic muscle to get out in front of global warming.

Of note, a delegation of Republicans was active at the climate summit this year. Led by Reps. John Curtis (R-UT) and Garret Graves (R-LA), the group sought to demonstrate conservative leadership to the global community and address Republican and independent voters who favor climate action.

The turnaround began reaping benefits immediately. Most dramatically, the U.S. and China announced a surprise agreement in Glasgow to boost their climate cooperation. The joint pledge by the world’s top two greenhouse gas polluters to take ‘concrete actions’ on emissions was hailed as a highpoint of the two-week conference.

There were other governmental commitments to cheer, as well. 110 nations signed on to a global methane pledge, promising to cut methane emissions by 30% by the end of this decade. (Methane is a greenhouse gas that is 84 times more potent than carbon.) Also by 2030, another 130 countries agreed to end or reverse deforestation.

But the real game changer may well have come from the corporate sector [paywall]. A proof point is the mobilization of $130 trillion in private capital, announced at Glasgow, to accelerate the global transition to a zero emissions economy. Those are the collective assets of the Glasgow Financial Alliance for Net-Zero, a coalition of 450 financial institutions from 45 countries, and they come close to matching the estimated $150 trillion price tag for decarbonizing the world.

Two other Glasgow “game changers” were the announcement of the new International Sustainability Standards Board, which will publish mandatory climate reporting standards by the end of 2022 and provide investors with greater transparency and encourage higher levels of investment, and the long-awaited adoption of rules for a new global carbon market. Some six years in the making, the initiative establishes a framework for how companies and countries can trade carbon emission credits across borders.

“Glasgow will be remembered as the turning point when companies from all sectors, en masse, are now turning their attention to developing and driving their decarbonization strategies. It is another big step forward on the pathway towards a net-zero emissions world.”

And with our Thanksgiving toasts, perhaps a little prayer. Although hope is not dead, it is hanging by a thread, as indicated by the Climate Action Tracker’s chart below. According to its calculations, before COP26, policies in place around the world were projected to result in warming between a 2.5-2.9℃ increase (4.5-5℉) above pre-industrial levels. New pledges for long-term binding and net-zero targets, if enacted, would bring us to a 2.1℃ increase (almost 4℉), better, but still significantly above the goal of keeping the increase to 1.5℃ (2.7℉).

Countries still need to do a lot more to reach the bottom line in the chart. Next year’s COP27 in Cairo, Egypt will be the reckoning. 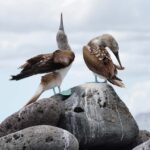 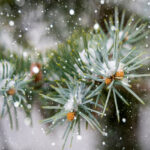