As we close out the third month of 2021, the winds of change around climate action continue to gather force. From energy storage and transmission to solar and wind power, we have the tools to keep our economy growing while moving to net-zero emissions by 2050. But do we have the will to use them? What would it take for America to embrace what Forbes Magazine has called the “biggest technological transition” in human history? To use new technologies to power our economies while decreasing pollution today and protecting the world for future generations?

The conservatives among us may not gravitate toward a self-proclaimed liberal voice like The Guardian, but the paper’s deep dive analyzing the plan for a net-zero future and cogently explaining what changes could be ahead was too good not to share. We encourage you to take a deep dive yourself, and think about what this transition will mean for you.

We hope our message remains clear: we all have a stake in this, and we need to come together to lower the risk. Please help us reach others by sharing our newsletters and telling them about our outreach.

Thanks as always for your continued interest and support.

Notable Video
This short but compelling clip features Jerry Taylor, a former climate change denier. Jerry says, “When you think about it, it’s not ‘conservative’ to hold on to old technologies that are causing pollution, more violent weather. It is conservative to understand the risks involved in climate change and to do what we can to protect ourselves and our families against that.” Watch the video.

News of Hope
Just this week the White House announced initiatives designed to spur development of large offshore wind farms. According to a new report, there is enough wind potential off states stretching from Maine to Florida to generate four times the electricity those states used in 2019.

This is welcome news, but what makes us really hopeful is that the economics of the energy transition are forcing change in some very interesting areas, including Wyoming. Rich coal reserves have long colored the state’s preference for fossil fuels. But thanks to another abundant state resource – wind – Wyoming will soon be home to one of the nation’s largest wind farms [paywall] and stands to become a national leader in renewable energy.

Back East, a Maine startup aims to “run the oil industry in reverse” and is counting on large-scale kelp farming to capture and submerge massive amounts of CO2 where it will stay locked on the ocean floor for thousands of years. If kelp doesn’t inspire you, maybe a trip to your local restaurant will. Carbon footprint labeling on menus is now taking off in “fast-casual dining” around the country, giving customers a simple tool to choose less carbon-intensive foods. It’s an old idea gaining traction thanks to better carbon reporting and more customer demand, and it’s an important one: globally, food production contributes more CO2 and methane to the atmosphere than transportation.

News of Concern
Despite the economic downturn wrought by COVID, we are disturbed to see that global CO2 emissions are predicted to hit a dangerous milestone in 2021: concentrations that are 50% higher than pre-industrial levels. In other words, it took 200 years for levels to rise 25% and just 30 years to approach the 50% threshold.

It’s increasingly apparent that everybody is quite literally paying the price for this rise. From spiking utility bills in the wake of the Texas cold snap to taxpayer-financed disaster relief after record hurricane and fire seasons, Americans are paying personally to cope with climate disasters – even if they live far from climate hotspots. Those facing predictable climate effects might soon be priced out of town. Municipalities along America’s coastline are grappling with the cost of protecting homes, roads, and schools from sea level rise – and are looking to huge tax increases [paywall] to fund the work.

Upper earners, though, are likely to be more cushioned than less affluent citizens – especially when it comes to housing. ‘Climate gentrification’ describes a growing trend where property on higher ground commands higher prices, leaving poorer residents to tough it out in more climate-vulnerable areas.

Equally troubling is the specter of mass migration caused by climate disasters. The U.S. can expect more climate refugees from South and Central America as people flee extreme weather and the devastation it leaves behind.

We’ll end with disappointing news from China. Despite recent pledges to achieve carbon neutrality by 2060, its new five-year plan is mum on details and notably avoided any bans on new coal projects. The international community was underwhelmed.

Notable Graph
Projected change in energy sources based on a scenario in which the U.S. aggressively works to adopt electrification to reach net-zero emissions by 2050. 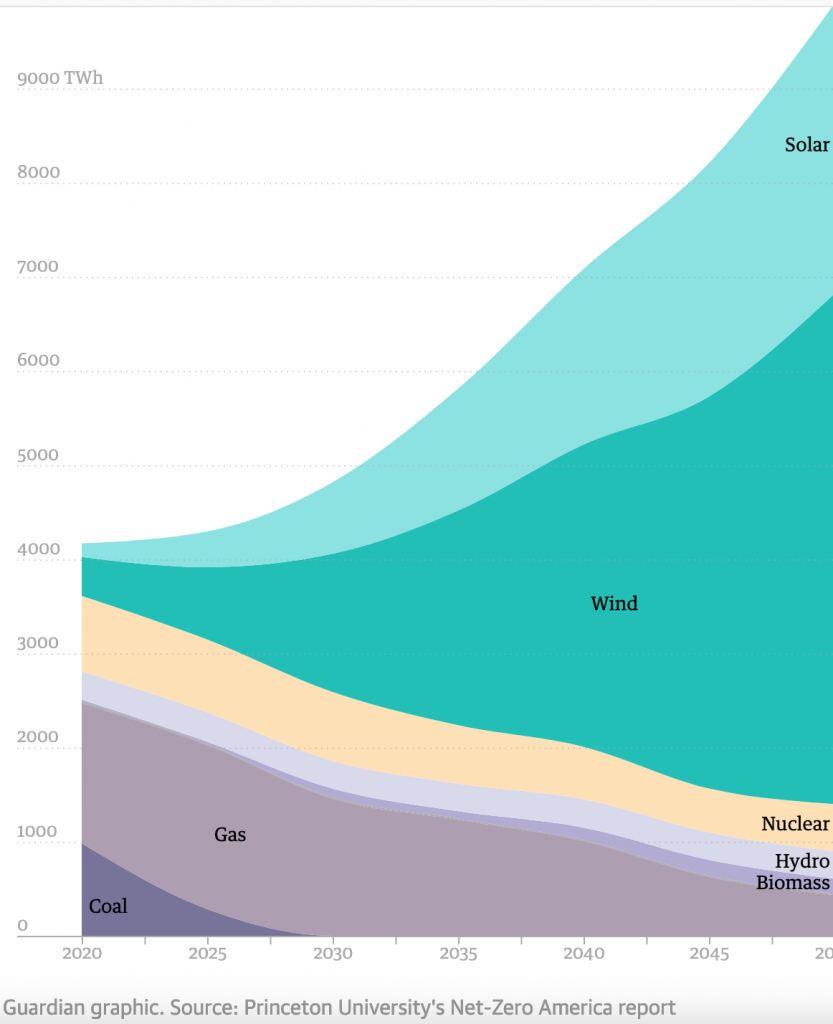 Notable Innovation
A solar panel prototype the size of a pizza box has harnessed the sun’s energy from space. Someday larger solar energy systems – like the one pictured here – could beam the power to Earth. 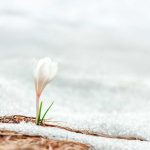 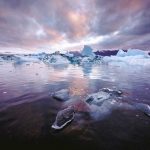