Are hurricanes getting worse?

It’s June, the beginning of the Atlantic hurricane season. Dan Stone from Providence, RI, wrote to ask us: Do you think the number and intensity of hurricanes and tropical storms have generally increased since the 1980s?

We love hearing from you, especially when you have questions about how our warming atmosphere is impacting the weather. Read other Q&A here, and don’t be shy about asking other climate questions here. Our friends from Climate Central helped us with the answer to Dan’s question.

Do you think the number and intensity of hurricanes and tropical storms have generally increased since the 1980s?

Part of the issue is that our scientific record, based on weather satellite data, only goes back to the late 1960s and because tropical storms happen infrequently (about 20 times a year), we simply don’t have a record robust enough to show they are happening more often in general. We do know that the oceans are warming significantly (absorbing about 93% of increased global heat) and that tropical storms like hurricanes derive their power from this energy. We also know that climate change is causing the sea level to rise, which means that storm surges will be more destructive. In addition, storm rainfall levels are increasing and are becoming more damaging. So while we cannot definitively say the number of tropical systems is increasing, we can anticipate increasing damage and costs due to their greater intensity.

C-Change Conversations adds: This is a great example of how careful scientists are about making projections concerning climate change. Scientific experts note that we have observational evidence that hurricane frequency has increased since the 1980s, but the data set isn’t over a long enough time frame to project conclusively that the frequency will continue to increase in the future. Those who cherry-pick the fact that it is not scientifically “proven” that cyclones have increased in number do not acknowledge the bigger picture; i.e., we know hurricanes are being impacted and are becoming stronger, more damaging, and potentially more frequent as well. 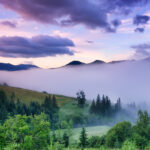 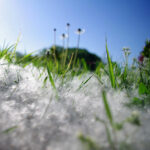