In January the biggest front-page, top-of-the-hour news of the natural world was the undersea volcano eruption near the Tongan islands and the subsequent tsunamis, falling ash, and devastation. Unlike some past eruptions, this one does not appear to have sent enough reflective material into the upper atmosphere to cool the planet and give us even a short reprieve from rising temperatures.

As for man-made news, tensions between Russia, Ukraine, and their allies are erupting as well. Not that he’s asking us, but perhaps President Vladimir Putin might do well to focus on the threats coming from the northeastern part of his country, not neighbors to the west. We aren’t foreign policy experts, but what is happening to his country’s permafrost could be far more unsettling – over the long term – to the country’s economy and stability than the sovereignty of Ukraine.

While not as visually arresting as an explosion in the South Pacific or the amassing of armed forces, the thawing permafrost is very bad news. Two-thirds of Russia’s landmass is considered permafrost – land that never thaws even in the summer – but climate change is causing it to thaw rapidly. This makes the ground soften and buckle, threatening critical infrastructure like roads, cities, and oil and gas pipelines across Siberia. And to top it off, vast stores of greenhouse gases like CO2 and methane – that used to be frozen in the ground – are being released, joining man-made emissions in the atmosphere.

Eruptions, conflict, and a 24/7 news cycle make it easy to get distracted, and depressed. But we need to keep our focus on the long term trends as well: not only the slow-rolling threat of our warming planet but also the growing supply of creative and sustained solutions.

Like crocuses poking through the snow, climate and energy innovations are coming. We remain determined and hopeful, and know that you will too.

“Every company and every industry will be transformed by the transition to a net zero world. The question is, will you lead, or will you be led?”

-Larry Fink, Chairman and CEO, Blackrock in his annual letter to investors

2021 clocked in as the sixth warmest year ever measured according to three reliable monitors of atmospheric temperatures (NOAA, NASA, and Berkeley Earth). That might sound like improvement – we missed the top five, after all. But scientists tell us there’s no good news here. To the contrary, the sixth hottest year ever was replete with a slew of countervailing record-setting events we’d rather not have seen.

For starters, ocean temperatures broke all time heat records for the third year in a row with grim consequences for today and tomorrow. Marine heat waves threaten ocean species, contribute to sea-level rise, and fuel stronger hurricanes and other extreme weather events.

Indeed, heavy weather was a hallmark of last year and 2021 witnessed a relentless series of climate disasters all across the globe. From last June’s asphalt-melting heat wave in America’s Pacific Northwest to triple digit temperatures in the Arctic, some two billion people experienced unprecedented local temperatures.

The financial pain of these and other records is being felt right here, right now. Last year ranked number two for the U.S. in the number of billion dollar climate disasters we endured.

In light of all this, it’s distressing to see that our CO2 emissions reversed years of incremental decline to surge back in 2021 toward pre-pandemic levels. A report by the Rhodium Group says the cause was freight transportation (primarily on roads) and coal-fired power generation, which jumped 17 per cent – the first increase in coal-fired power generation since 2014.

January, however, brought other cyclical reports, too – notably the annual letter to investors from BlackRock CEO Larry Fink. The influential money manager has focused on climate change for quite some time. But this year he made one of the strongest free-market cases to date for private sector leadership in addressing rising global temperatures. His letter stressed that long-term returns rather than politics motivate his company’s investment agenda and asked others to consider the costs of lagging behind. “As your industry gets transformed by the energy transition,“ he wrote, “will you go the way of the dodo, or will you be a phoenix?”

It’s increasingly clear that Fink represents an emergent consensus among the most future-focused finance and insurance industry planners. In November we told you about the Glasgow Financial Alliance for Net-Zero – a coalition of 450 financial institutions from 45 countries that are mobilizing assets to fight climate change. In January, a new consortium of 19 large banks, including Bank of America, Wells Fargo, and Royal Bank of Canada, announced it is developing consistent frameworks and standards for climate risk management.

Other sectors are feeling the heat, too – though from more defensive postures. Public relations and advertising firms that have helped spread climate disinformation faced calls in an open letter from 450 scientists this month to drop their fossil fuel clients and stop greenwashing their businesses.

On the technology front, we’re intrigued with thinking about electric vehicles in a whole new light. A story in Vox reminds us that EVs are really just large batteries with wheels that can be used “to help prevent blackouts, stabilize the grid, and make solar and wind more reliable sources of energy.”

And one last bit of hopeful – and fun – news: designers around the world are creating windows, shingles, lampshades, tables, jackets, and even purses that can convert the sun’s energy into electricity. The world’s first Solar Biennale will showcase these and other recent inventions in Rotterdam, Netherlands this fall.

Solar energy! It’s not just for panels any more.

Speaking of the sun, here’s a way to “warm up” no matter where you live. Take this 9-question quiz from our trusted friends at NASA. 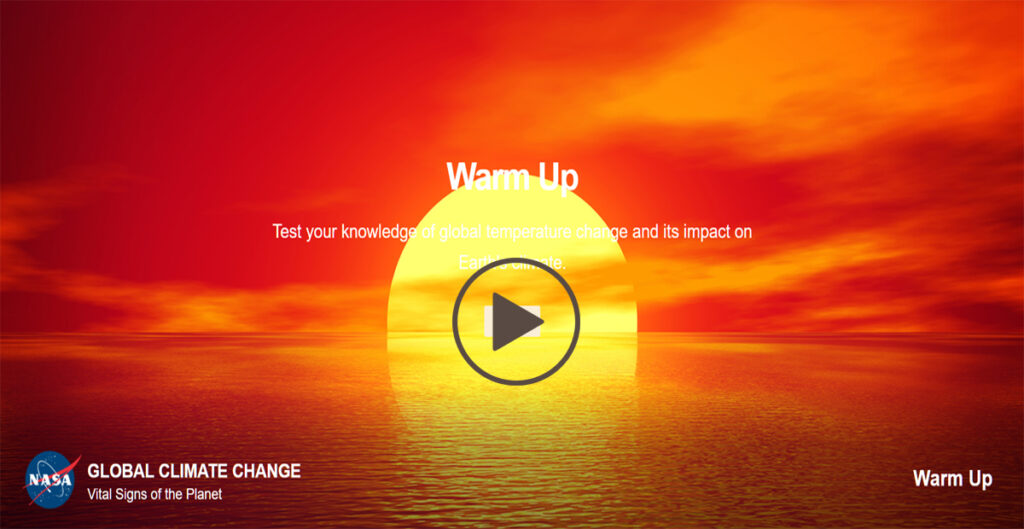 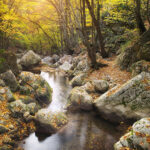 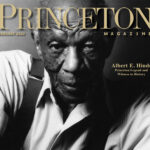