2022 was a landmark year of progress on the issue of climate change. Thanks for reading our monthly installments of Curated Climate News and continuing to take an interest in our changing environment as we head into a new year of hope and concern.

Without further ado, let’s take a look back on a year of positive developments and what we’ll be watching in 2023.

Pardon the pun, but in 2022 there were many “sea changes” in the climate world. Here are some of the trends we found most hopeful:

1) The global energy transition got “fast-tracked.”

Renewable power capacity is projected to grow 30% more in the next five years than was projected just a year ago – a historic acceleration from past trends. We predict the rapid transition to renewables will continue as countries move to create more secure energy supplies and to meet climate and budget goals. In fact, business research firm Bloomberg New Energy Finance reports renewables are now cheaper than fossil fuels in 91% of the world.

Let’s be clear: the energy crises precipitated by the Russian invasion of Ukraine shocked world markets and caused great suffering. Some countries responded to the energy supply disruption by using more coal and nuclear energy in the near term. The positive, hopeful, and bigger story, however, is that the war is causing a worldwide acceleration to non-fossil sources for the longer term.

Witness the U.S., which through our landmark climate bill (the Inflation Reduction Act of 2022) is infusing $400B into clean energy and programs and is already propelling states, companies, and consumers to transition more quickly to greener alternatives. The law is creating new jobs and jump-starting innovation in many places that have historically fought climate change action and is turning former foes into advocates for a clean energy transition.

Negotiators broke through a major barrier to global emissions reduction by accepting the developed world’s responsibility to help fund poorer countries transition from fossil fuels and prepare for climate change impacts. Recognizing that emissions anywhere can harm people everywhere, the G7 provided $29B to South Africa, Indonesia, and Vietnam to shut down their coal plants and use renewable energy instead.

In Brazil, a newly elected, climate-forward president vowed to save the Amazon rainforest by reversing his predecessor’s policies allowing rampant deforestation. The world’s largest and most biodiverse rainforest absorbs about 15% of carbon dioxide in the atmosphere and is beginning to turn into a savannah, which would speed up climate change and alter water and weather patterns across the globe.

The EU plans to enact the world’s first carbon border tax, effectively punishing countries that create products in a carbon-intensive way and protecting its own companies that are leading in the energy transition.

Nearly 200 countries agreed to work toward a treaty to reduce plastic waste, and 190 signed a landmark agreement to stanch biodiversity loss. Both efforts illustrate that global leaders recognize that human activities are pushing natural systems to the brink of destruction, and we must work collectively to scale back these activities and protect all of our planet’s species.

3) Green energy is moving from the “D-list” to the “star of the show.”

Wind, solar, and other forms of “green energy” have a bad rap as being expensive and unreliable. Happily in 2022, it became clear that was not the case. Here’s why renewable, safe energy will play a starring role for years to come:

Whether it was the fusion breakthrough that was heralded for bringing the “holy grail” of energy closer in range, new modular nuclear, or the new utility-scale batteries made of iron, oxygen, and water that can store energy for up to four days, new ways of powering our lives are showing real promise and the real possibility of significant disruption to legacy players ahead. Fasten your seatbelts. It’s going to be a bumpy ride.

1) How much more politicized will the climate issue become?

Conservative Republicans are hardening their stance against climate action, labeling it “a war on fossil fuels” and aggressively going after financial institutions that provide ESG investments, which include environmental, social, and governance benchmarks in their evaluation.

At the same time, however, moderate and liberal Republicans have become much more alarmed, with over 62% worried about climate change, a major increase from a decade ago. In addition, recent polls show 82% of younger Americans (ages 18-34) – who make up a bigger voting bloc than Baby Boomers – are growing more concerned about climate change. In addition, in the last two national elections, younger people are voting at a higher participation rate than in the past. How conservative politicians handle these crosscurrents will be critical to our country’s ability to forge consensus and create bipartisan support for climate action.

2) Will natural disasters cost us even more in lost lives and productivity?

The world experienced 29 billion-dollar weather events in 2022 – by September. These included heatwaves, droughts, forest fires, and hurricanes – all which were made more likely or more damaging because of climate change. While not every disaster is caused by climate change, the costs are exacerbated as more of us move into storm, flood, and fire-prone areas. The sheer number and power of disruptions and tragedies will continue to take hold in American psyches.

The silver lining, from our perspective? Research shows that experiencing a natural disaster often provides an opening to change minds about climate change.

3) Will other countries deliver on their emissions pledges?

While the world’s leaders have made bold promises to reach net-zero by mid-century, in 2022 we generated more carbon emissions than ever before – showing just what a monumental challenge reducing greenhouse gases will be. We know that Europe and the U.S. are committed to reductions, but what about other world leaders?

4) Specifically, what will India and China do?

India will replace China as the world’s most populous country in 2023, with an estimated 1.4 billion people. And how will there be enough power for such a large population? The good news: India boasts the cheapest solar energy costs on the planet and made record investments in solar in 2022. The bad news: the country still gets 70% of its power from coal, so it is no surprise that Indian cities dominate the list of top 50 cities with deadly levels of air pollution. Another challenge? India is one of the countries deemed “highly vulnerable” to environmental and societal crises caused by climate change.

China, however, is the largest emitter of greenhouse gas, followed by the U.S. and India. India and China also have expanding middle classes with voracious energy appetites, challenging their ability to build renewables fast enough to keep up with rising demand, despite a massive and unprecedented buildout of renewable energy.

The world desperately needs all three top emitters to achieve their emission goals to give us a chance at staying at safer temperature levels. We have to move fast. We are currently on track to have a 50% chance of blasting through the 1.5℃ (2.7℉) safer temperature threshold (agreed to in Paris) in just nine years.

We can do our part at home and in our community. Will you help us keep the conversation going? Share this newsletter with a friend. And please let us know what you think. We welcome your comments and questions! 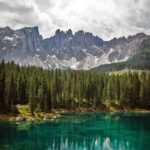 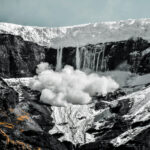