You’ve got questions, and we have answers. No question is too simple or complex for our panel of science advisors who stand ready to field your questions about climate change.

This week, Elisabeth Sikes answers a question about sea level rise and climate change. Liz is a professor of oceanography at Rutgers University and a paleoceanographer. She was recently awarded the 2022 Scientific Committee on Antarctic Research’s (SCAR) Medal for Excellence in Antarctic Research. Congratulations, Liz!

Read other Q&A here, and don’t be shy about asking your questions here.

Question: I’ve read that sea level will keep rising, even if we manage to keep global  warming to less than 1.5℃. Why is that?

Answer: Two main factors are causing global sea level rise: thermal expansion caused by warming of the ocean (since water expands as it warms) and increased melting of land-based ice, such as glaciers and ice sheets. (When glaciers melt, their water runs into the ocean, and this causes sea level rise.)

We have been measuring sea level accurately – first, with gauges for a little over one hundred years, and later with satellites for the last few decades. From these instrumental records, it is clear that global sea level has been rising over the past century and a half, and the rate has increased in recent decades. The National Oceanic and Atmospheric Administration (NOAA) tracks global sea level and can estimate its rise since accurate records began around 1880. Sea level is presently rising at a rate of about one-eighth of an inch per year.

By limiting the earth’s warming to 1.5℃ (2.7℉) by 2100, the hope is to prevent severe climate disruptions such as drought and flooding that worldwide could exacerbate hunger and conflicts. Even if we substantially reduce greenhouse gas emissions and even if global warming stays at or below 1.5℃, the majority of glaciers will continue to melt because we’ve already warmed the planet enough to cause widespread melting. It is like having your home freezer set too warm, causing your ice cream to melt. Keeping the freezer at that temperature won’t make the ice cream freeze again; you have to make it cooler. We know what is needed to slow global warming and can act on that; as of today, making the planet cooler is still technologically out of reach.

The graph below shows the average sea level change from 1880 to present – the time span for which we have accurate instrumental records. The zero in this graph is the averaged sea level for 1993 to 2008. It’s worth pointing out that the “zero” was chosen as a benchmark because the data from satellites and gauges is well known, and so provides a reference point for scientists. Any lower sea level – which is all before that time period– is less than zero only because it is lower than the benchmark.

The takeaway? Global mean sea level has risen about 8-9 inches (21-24 centimeters) since 1880, with about a third of that coming in just the last two and a half decades. 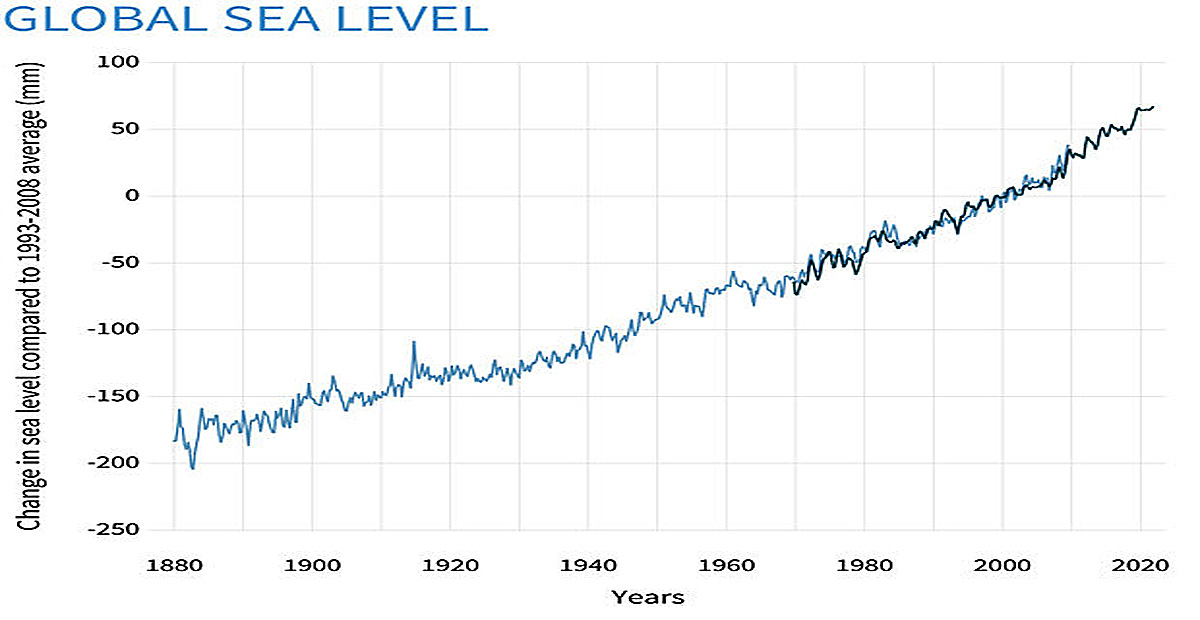 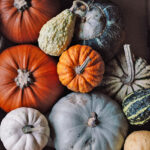