What are Tipping Points?

Today we share a question from “across the pond” – a pond that is steadily rising as warmer temperatures expand the seas and increase melting of land-based ice.

Morgan Lewis, a student in Bristol, United Kingdom wrote to ask, “I hear a lot about ‘tipping points’ that will be reached in the future. Is there no way to go back after a particular tipping point has been reached?”

It is an interesting question. Scientists tell us, for example, that with current levels of greenhouse gas emissions, we are headed toward very dangerous levels of warming that could make our earth unlivable for many plants, animals, and millions of human beings. In order to stay at or below a 2.7℉ (1.5℃) increase above pre-industrial levels (above which scientists say climate impacts will be much more severe), we need to move as quickly as possible to a net-zero economy – putting out no more carbon than we absorb. The good news is that there are many routes to get there, but we need nations to act.

Back to the question: are climate tipping points irreversible? Nadir Jeevanjee, a member of our panel of science advisors, considers that question below. Nadir is a Research Physical Scientist at the National Oceanic and Atmospheric Administration’s Geophysical Fluid Dynamics Laboratory, a major U.S. climate modeling center.

We love hearing from you, especially when you have questions about the science and effects of a warming atmosphere. No question is too simple or complex for our panel of science advisors, who stand ready to field your questions about climate change.

Read other Q&A here, and don’t be shy about asking your climate science questions here.

Question:
I hear a lot about ‘tipping points’ that will be reached in the future. Is there no way to go back after a particular tipping point has been reached?

Answer:
Good question. The Intergovernmental Panel on Climate Change (IPCC) has recently defined tipping points as “critical thresholds beyond which a system reorganises, often abruptly and/or irreversibly” (IPCC AR6 WGI, 4.7.2). So tipping points don’t *have* to be irreversible (they could just be abrupt changes), but in practice most of them seem to be. Examples of potential tipping points (caused by rising global temperatures due to excessive CO2 emissions) that may not be reversible include disintegration of the West Antarctic ice sheet, dieback of the Amazon rainforest, or shutdown of the Atlantic meridional overturning circulation (a large system of ocean currents that carry warm water from the tropics northwards into the North Atlantic). Each of these changes could threaten human survival over the long-term.

But, it is important to keep in mind that the science on most of these tipping points is quite uncertain. It is often unclear whether an abrupt or irreversible change is imminent, and if so at what temperature threshold it might kick in. The potential impacts are huge, though, which is why they are important to study and keep in mind. 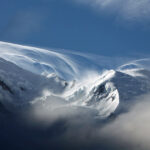 December Curated Climate NewsJanuary 5, 2023
Should You Replace Your Gas Stove?February 1, 2023 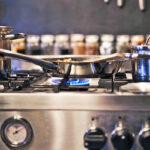